Why We’re Returning to the Southeast Coast for Expedition NASFA

It's hard to tag white sharks off the Southeast Coast in the NASFA region, but the challenge is worth the reward

We’re excited to kickoff Expedition NASFA (Northwest Atlantic Shared Foraging Area) in about a week and return to the areas where we tagged legendary white sharks such as Hilton and Lydia. Both of these sharks exponentially expanded our understanding of white shark behavior in the Northwest Atlantic. We’re hopeful new sharks tagged during this expedition will grow our understanding even more.

The NASFA refers to a zone between Cape Canaveral, Florida and Cape Hatteras, North Carolina where we’ve consistently tracked large white sharks during the winter months. The NASFA is bordered by the Gulf Stream on the east and the coastline on the west. We will start Expedition NASFA in Jacksonville, Florida and move up the coast as far north as Hilton Head, South Carolina before finishing up the trip in Savannah, Georgia.

“No matter the sex or age of the shark we tag, it will be an important piece of the puzzle.”

There’s no easy way to put it, tagging white sharks off the southeast coast of the U.S. is hard. It’s true that we are tracking numerous white sharks in the NASFA right now, which means there are plenty in the area, but unlike fall aggregation sites like Cape Cod, Massachusetts where white sharks are concentrated in a relatively small area, the NASFA is huge and white sharks are much more spread out. 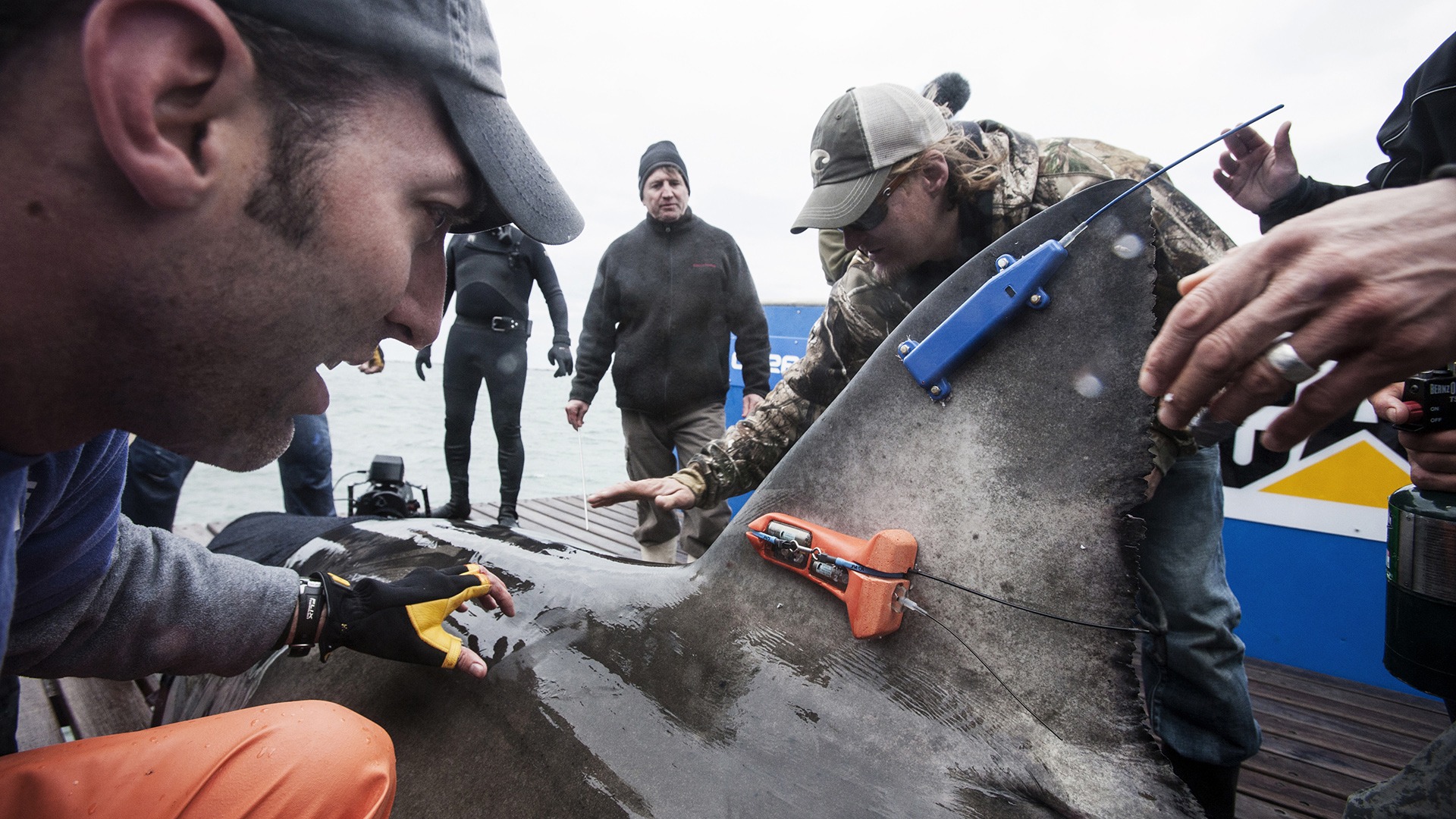 So why is OCEARCH going at all?

We’re going to the NASFA because if we ever hope to get a complete understanding of white shark movements in the Northwest Atlantic, we need to tag sharks in multiple locations at various times throughout the year. Right now, most tagging studies focus their efforts on specific areas and generally only tag sharks at the same time each year. This strategy gives researchers a very good understanding of shark behavior in that particular area, but it often misses opportunities to solve the entire puzzle. So in order to gather all of the pieces, we’re setting off into this less understood zone to learn what we can.

White sharks Lydia and Hilton both demonstrate the importance of tagging sharks in various locations. Lydia was tagged at the mouth of the Saint Johns river near Jacksonville, Florida and Hilton was tagged near Hilton Head, South Carolina. If we had limited our tagging efforts to only known aggregation sites, we never would have tagged either of these sharks because they spent all their time in yet to be identified areas. Together, Hilton and Lydia led us to Canada where we discovered way more shark activity than previously believed. What they proved is that if we tag a shark during Expedition NASFA on our trip from Florida to South Carolina, there is no telling where that shark might lead us next.

On past expeditions, we discovered that it is difficult to tag sharks in the NASFA, so tagging even one would be a huge success for us. No matter the sex or age of the shark we tag, it will be an important piece of the puzzle.
If we’re able to get a sperm sample from a male, it will show us how prepared or unprepared that shark is to mate. Likewise a female shark gives us a chance to find out whether she is pregnant or not. If she is, we’ll be able to gather clues about how long ago she may have mated (which helps locate mating sites) and tracking data will let us follow her to where she gives birth.

We know that this expedition has all the makings to be tough. The weather can be very unpredictable and past expeditions have taught us that locating the sharks in this area is a challenge. Nonetheless, our crew is ready and optimistic that we can overcome these odds and succeed. We look forward to keeping our community up to date with details of the expedition on all of our social media channels.